Welcome back for part two! If you missed the first half of this review you can read it here. It’s been a wonderful process growing into this blog over the last year and I can’t wait to share more. I’m also looking forward to clearing out my photos since 90% of my data is taken up by cemetery shots. Here’s to 2018 and all the cemeteries to explore!

I love secret societies and dedicated my first blog post to one. The Dublin Cemetery was founded by a secretive organization known as the International Order of Odd Fellows (IOOF) so I knew I had to visit. IOOF’s share a connection with Freemasons and date back to the 15th century. They are far less popular but more progressive in that they offered membership to both men and women. Their name comes from the establishment of guilds that represented tradespeople with unusual or odd professions. IOOF membership has significantly dwindled over the past century so the Dublin Cemetery established in 1858 is rather unique.

Because the cemetery has been in operation for over a century and is still accepting interments, it is fascinating to trace developments in burial technology. The oldest part of the cemetery contains hand-chiseled epitaphs that were preferred by early settlers. The ground is also more spongy suggesting that concrete vaults were not initially used to reinforce the earth. Today the popular headstone style appears to be intricately cut granite memorials. This technology showed up in the late 1980s and produces a high-resolution image on dark stones. Laser engraved markers are so numerous here they’ve become the norm. For a cemetery built to honor those with odd professions I’m sure it would please IOOF founders to know that laser monument artists are in such high demand.

Just outside of Lima there is a highway cemetery with the most unusual headstone I’ve ever found. Near the cemetery site, Samuel McCluer cleared land to build a log cabin in an area called Hog Creek Settlement in 1825. Born in 1799 in Kentucky he relocated to the area after fighting in the War of 1812. McCluer was regionally influential and had 23 children between two marriages. 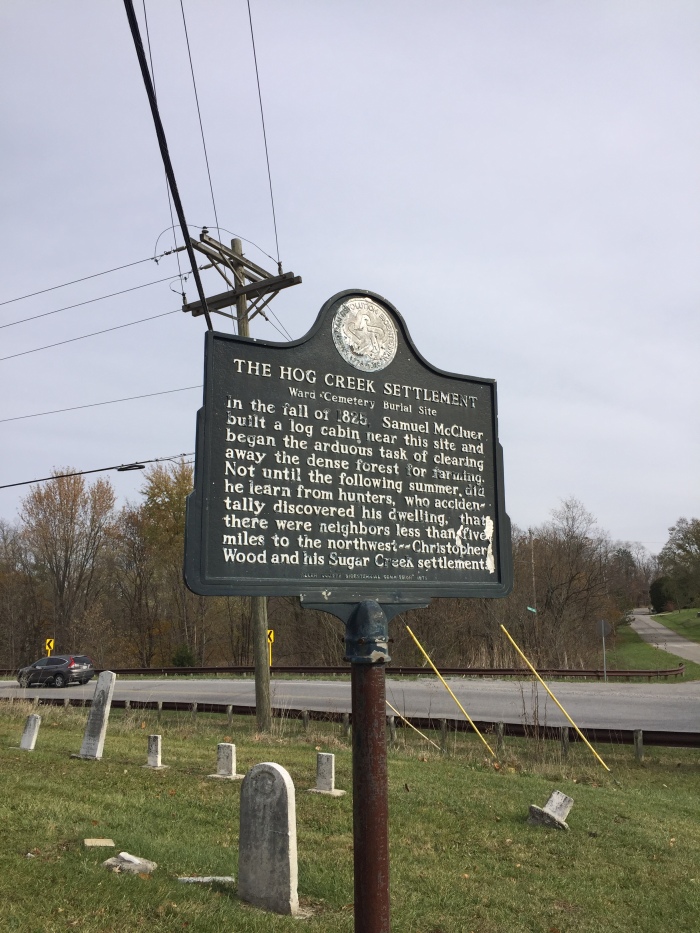 Samuel’s story is told by those who knew him in that mythical way befitting a rugged settler who tamed the land and became master of his hard-won domain. One of Samuel’s sons recounted: “I had often heard father say he wished that the wolves would attack him, for he would delight in a fight with them…” Samuel got his wish one night when wolves descended upon the camp. Samuel rescued a baby calf from the mouths of hungry wolves then beat them off while holding the calf over his shoulder. Apparently wolves never returned to the homestead again.

Samuel died in 1884 at the age of 85 and instead of a traditional tombstone the McCluer’s made a replica of the family cabin. Members of his kin are also laid to rest near him with headstones shaped like stumps of wood.

When people ask about my favorite cemeteries it’s not difficult to choose. There’s something moving about tiny family farm cemeteries dotting the countryside. Since moving from Indiana to Ohio I pass several of these little sites on my route. I finally mustered the courage to stop at this one. It was worth the sound of barking dogs coming from the nearby farmhouse and the uneasy feeling that someone was pointing a gun at me for approaching unannounced. I hope if the farm owners ever stumbled across this blog they know I visited with respect.

The Rutledges moved to Roundhead in 1832 after their mill burned to the ground in a nearby town. Richard Rutledge was Justice of the Peace and had two wives (Mary and Sarah) who bore many children that unfortunately died in childhood. The cemetery reflects this for which most of the interments are young people under age 20. The first Rutledge buried here was an infant in 1835. The last burial took place in 1911. 22 members of the Rutledge family are laid to rest in total at Rutledge Cemetery. The headstones are in pretty bad shape but the little green patch is well maintained amid the seemingly endless stretch of farmland.

I have a penchant for going into cemeteries after dark. I popped into this one during another recent trip to California for new-job training. I didn’t stay long as the lighting wasn’t great. But I did notice that many graves had non-traditional markings like this. I’ve never seen a stick figure on a grave so this was a touching find. Makes me wonder if the child depicted at the top with “Dad” designed this for his mom.

This one is a bit of a cheat as I didn’t visit Allegheny Cemetery in 2017 alone. I’ve been attached to this cemetery since I lived in PGH in 2014. I visit every time I go back to see friends. What I love about this cemetery is that every time I return it feels like home. 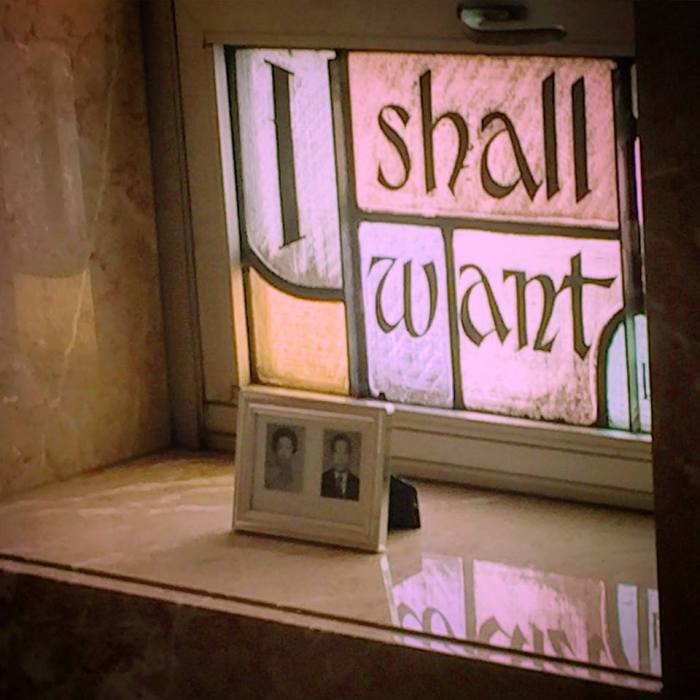