Around the holidays awkward family silences scare me. If you’re the kind of person who needs to fill those horrendous pauses with weird stuff you read on the internet you have come to the right place:

1. Cemetery guns. This one might come in handy if you’re struggling to connect with that NRA-loving uncle. Not more than 200-300 years ago grave snatching was a serious problem all over the U.S. and U.K. The Murder Act of 1751 stipulated that bodies of murderers could not be buried. In attempt to deter other criminals, a person’s executed remains were publicly dissected or strung up on gibbets (a.k.a the post thing you draw when you’re playing a game of Hangman with your niece). 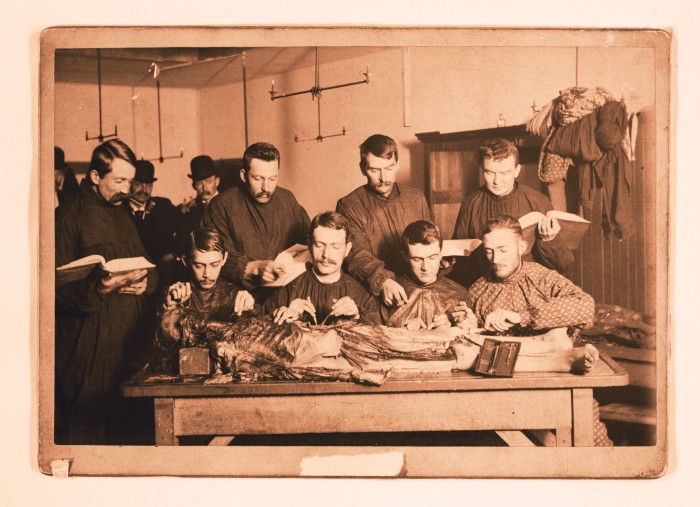 (Students working on a cadaver at the MO Medical College, 1889. Credit)

Murder rates in Victorian-era England and the United States were relatively low. This made providing cadavers for important medical research difficult. The illegal corpse trade arose to fill a tremendous gap since an estimated 500 cadavers were needed each year to keep up with the burgeoning field of medicine. An offender dealing in this illicit industry (who was often an anatomy artist or physician himself) was known as a resurrectionist. Various methods were deployed by the bereaved to thwart grave robbery including bolted neck collars, special gates, and exploding coffins. Equipping cemeteries with firearms was another option. 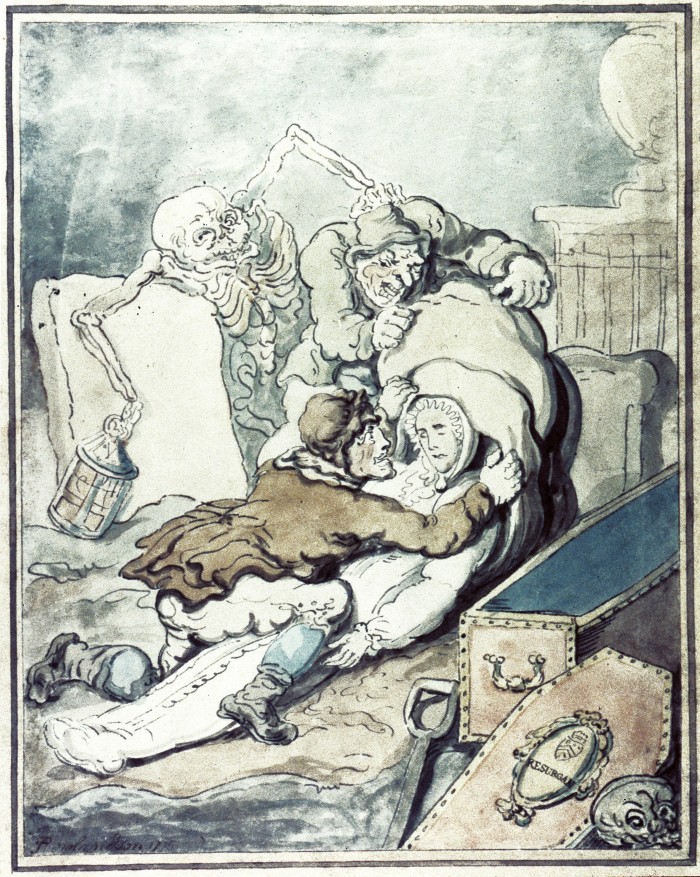 One of the last known cemetery guns is housed at a museum in Arlington Cemetery of Drexel Hill, PA. The gun would have been attached to a swiveling mechanism that was set at the foot of a newly dug grave. Stumbling over tripwires arched across the plot, body snatchers met their violent fate in the dark. But this trend didn’t last long. Guns had to be rented at an expensive weekly rate making them unaffordable to everyone but the upper classes. They were finally outlawed in 1827. 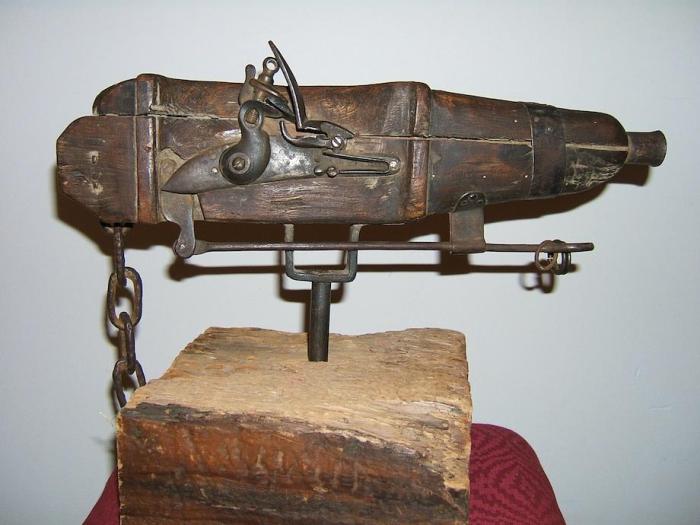 (One of the few remaining cemetery guns housed in PA. The museum dates it to 1710. Credit)

2. Public Executions. Hosting a law student or family lawyer? Strike up a conversation about this bewildering topic. No surprises here, the Romans were the first great champions of spectaclized death. Built specifically for the exhibition of blood sports the Colosseum was commissioned around A.D. 70-72 by Emperor Vespasian as a gift to the Roman people. Damnatio ad bestias, Latin for “condemnation to beasts” was the favored form of capital punishment around the 2nd century BC. 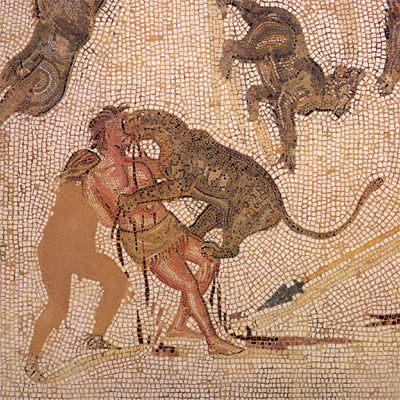 Private executions were thought to be less humane because they robbed the damned of delivering a dramatic final speech. The state also used public executions to bolster public support and control over dissenters. For the sake of space I won’t go into the centuries-long tradition that includes common methods of punishment like crucifixion, burning, and the guillotine. Suffice to say public executions were standard practice in Europe and the U.S. until the 19th and early 20th centuries. 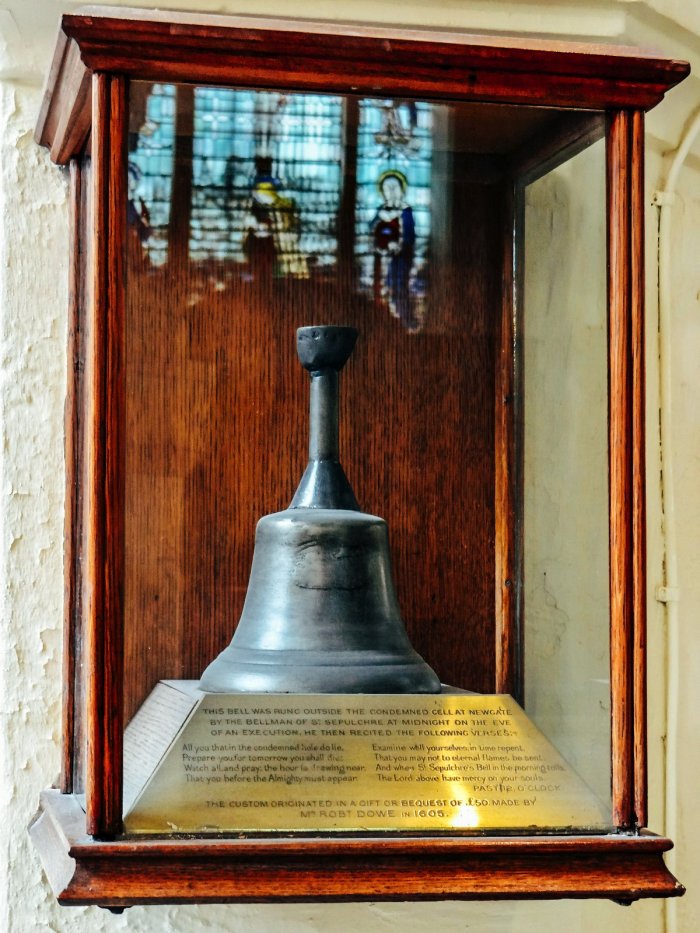 (The Execution Bell of St. Sepulchre was used to mark the execution of offenders at Newgate prison which is no longer in existence. Kept in a glass case at St. Sepulchre-without-Newgate church. Credit)

We now look upon this practice with legitimate distaste. Yet in its heyday those who supported public capital punishment likely thought they were doing right by the citizenry by taking a preventative stance against crime and forcing onlookers to confront the complexities of death. However, historians note that these events had quite the opposite effect by encouraging crimes such as pickpocketing and public drunkenness. It was also common for fatal crowd stampedes to occur. The last formal public executions occurred in 1868 in Britain, in 1936 in the U.S. and in 1939 in France (warning, linked video contains material not suitable for children). 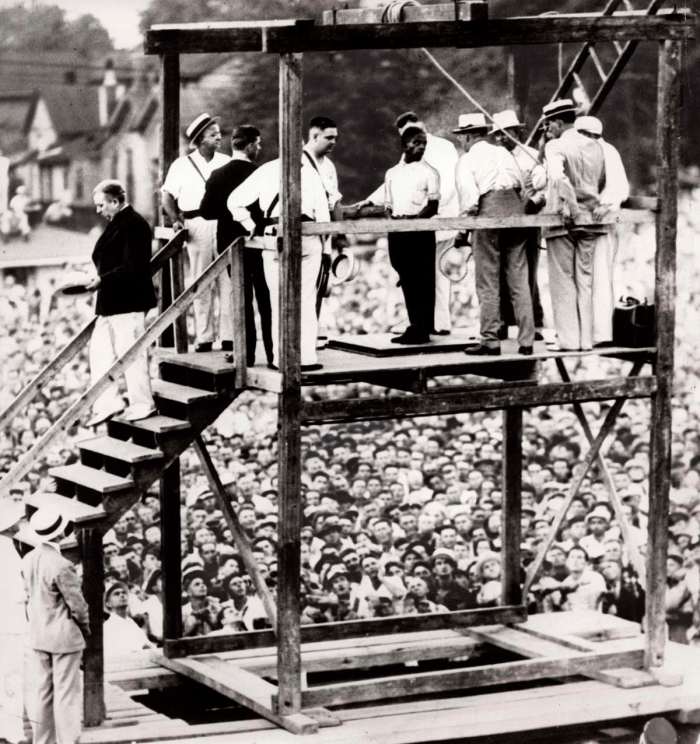 (The execution of Rainey Bethea, who confessed to the rape and murder of a 70-year-old woman. Credit)

3. Potter’s fields. Got an aunt who loves genealogy? Demonstrate your knowledge of family detective work by mentioning the preponderance of these unmarked gravesites. It can sometimes be difficult to trace family roots because those buried at these locations were poor, homeless, or otherwise unidentified at the time of death. The term comes from Matthew 27:3 in the New Testament of the Bible and alludes to the non-usability of land which would have been full of holes after digging up clay for pottery making. 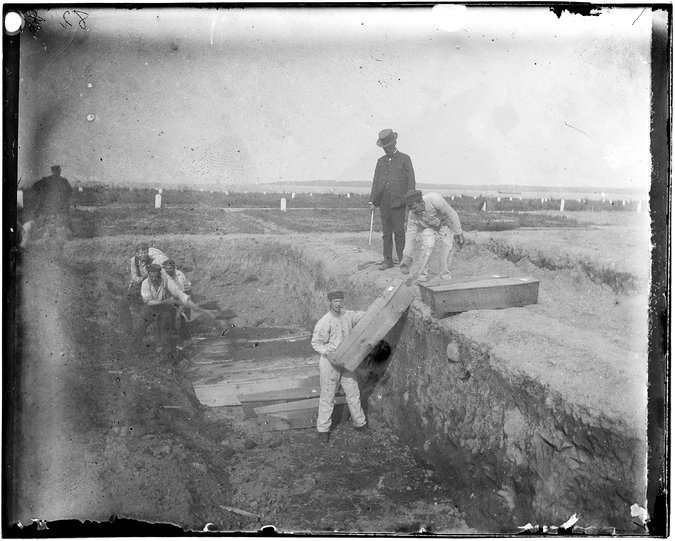 (A trench at the potter’s field of Hart Island, circa 1890. Credit Jacob A. Riis/Museum of the City of New York.)

The first known potter’s field was at Aceldama/Akeldama or Hakeldama (Aramaic for field of blood) located in Jerusalem. During the Crusades it was used to bury foreign patients who died in the hospital run by the Knights Hospitaller. It continued to be used as a burial place for non-Jews up to the first quarter of the 19th century. Early potter’s fields were not separate cemeteries but vacant portions of an existing churchyard or monastery. It is often difficult to trace the history of potter’s fields since they were usually unmarked or used only for short periods of time. 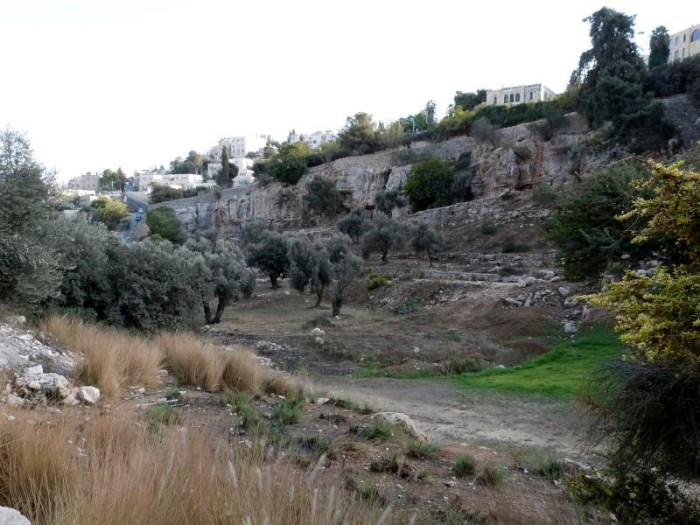 (The hillside on which the Aceldama monastery stands is honeycombed with burial caves and tombs of unknown pilgrims. Credit)

Most major cities have potter’s fields that were designated by the municipality. If you do some digging in your own city you’ll likely find evidence of public cemeteries that were used to inter unclaimed inmates or those who died at psychiatric facilities for example. Even if they are given proper titles or housed within existing cemeteries these grounds are all characteristically known as potter’s fields or pauper’s graves. Sites may have few monuments and have often been repurposed for other public space. One of the best historical and heartrending accounts I found was published in this New York Times article about Hart Island in the Bronx. Among varying demographic groups laid to rest in potter’s fields the greatest percentage of interments are occupied by infants and immigrants. 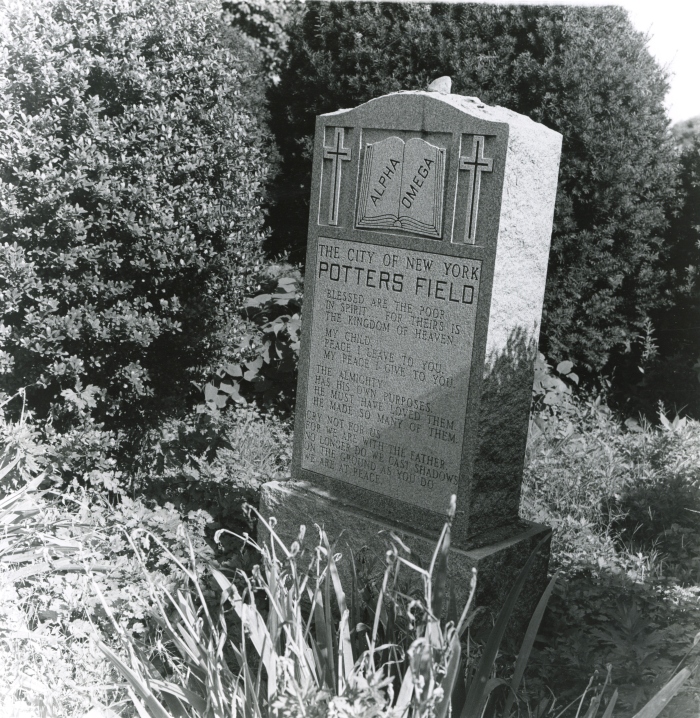 (Ceremonies have not been conducted at Hart Island since the 1950s and no individual markers are set. Credit)

Happy Holidays and thanks again for supporting this weird little corner of the web!